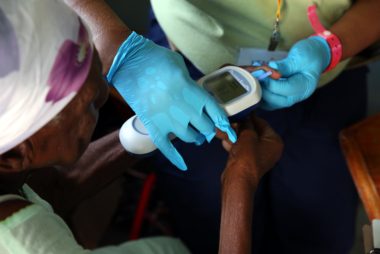 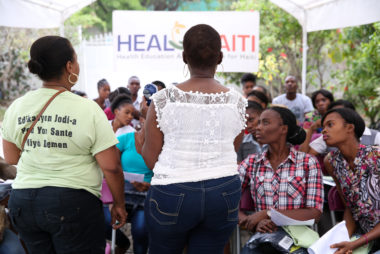 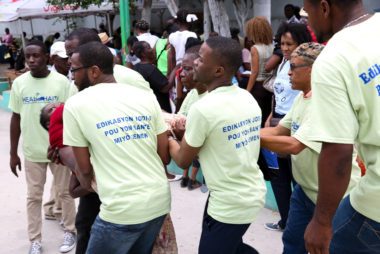 On Sunday, September 23, 2012, from 9am-12pm, HEAL Haiti invites you to a walkathon at Roy Wilkins Park in Queens, NY to Promote Education and Healthier Communities in Haiti. Your contribution will make a difference in the life of the youth in Haiti. Let’s act and spread the word.

The registration fee for the walkathon is only $15. Click here to register: http://bit.ly/QKS1iz

Can’t attend? You can make a tax-deductible contribution here: http://bit.ly/PnFbdQ

Recognized in the Queens Chronicle

Congratulations to HEAL Haiti founder, Gretha Fievre, and founding member, Immacula Samson! They were honored at the Queens Hospital Center Haitian Heritage Month event for their volunteer efforts in Haiti after the earthquake in 2010. Queens Chronicle contributor Kori Tuitt writes,

“Gretha Fievre, a registered nurse, said the first time she cried in Haiti after the earthquake was when the U.S. Army physician in charge gave the staff a tour of the area. She explained how she kept her composure while tending to people in Haiti […] She is the founder of Health and Education Action League for Haiti (HEAL Haiti), a nonprofit organization that aims to improve Haiti’s healthcare system. Fievre is also working toward building a nursing school in Haiti.”

Our members were recognized for their passion and efforts to help Haiti.

“When you’re in a time of crisis, there’s a human nature in you that makes you do things that need to be done.” -Gretha Fievre

“My body was here, but my mind, my soul, was in Haiti. I didn’t see my loss, I just came to help.”- Immacula Samson 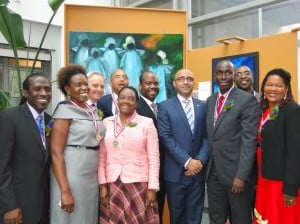 Our site is under construction…. Please register!

Register for regular updates, to leave comments or to access our blog and receive notifications about our future events

Welcome to HEAL Haiti!!  We are a group of professionals dedicated to
bring health education reform to Saint Marc, Haiti.  Presently, on a
national level, there is a shortage of health care professionals in
Haiti.  This shortage has been detrimental to the lives of Haitian
residents for many years and post- earthquake health care efforts
mirror this concern.  Enormous change is needed to rebuild the country
but most importantly to strengthen its health care delivery system.
HEAL Haiti intends to positively contribute to the health care
delivery system by giving young adults the opportunity to become
health care professionals.  With access to education and support,
young Haitians can eventually become driving forces in their
communities.
In the short term, we plan to establish projects such as building a
much needed accredited nursing school for young adults and raising
awareness of health issues deeply affecting the community.  In the
long run, we hope to impact Haiti nationally, providing free health
education courses to young adults in various towns.

Please join us in these efforts! Your volunteerism and contributions
are greatly needed and appreciated!

Please continue to visit HEAL-Haiti.org for information on all of our
developments.